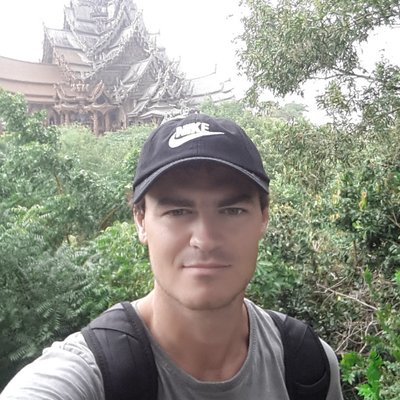 Our first implementation was implemented via Kubernetes RBAC and a custom operator. The basic idea was to grant all necessary rights via RBAC RoleBindings. So we gave our customers the ClusterRole admin for every namespace except kube-system (via the operator). Every time we found that something wasn’t working as expected we added additional rights, either via a per-namespace Role or via a ClusterRole. This lead to a lot of individual rules for specific use-cases and wasn’t really maintainable in the long term. Especially as our user base continues to grow it’s not really feasible to adjust the Roles whenever somebody detects an edge cases which doesn’t work with our configuration.

So instead of configuring authorization based on a whitelist we switched to a blacklist-based model. What we actually wanted was to give our customers cluster-admin access and only restrict some specific rights. Therefore an implementation based on a blacklist via Open Policy Agent was a natural fit.

Most requirements regarding Authorization can be implemented by simply using the RBAC authorization module via Roles and RoleBindings, which are explained in Using RBAC Authorization. But RBAC is by design limited to whitelisting, i.e. for every requests it’s checked if one of the Roles and RoleBindings apply and in that case the request is approved. Requests are only denied if there is no match, there is no way to deny requests explicitly. At first this doesn’t sound like a big limitation, but some specific use cases require more flexibility. For example:

When you have lot of this use cases, you’ll get a lot of custom logic implemented via operators. Sooner or later this doesn’t scale, because with a lof of operators and accompanying RBAC Roles it gets really hard to understand what rights a user actually has. We will show that both cases can be implemented easier via Open Policy Agent. 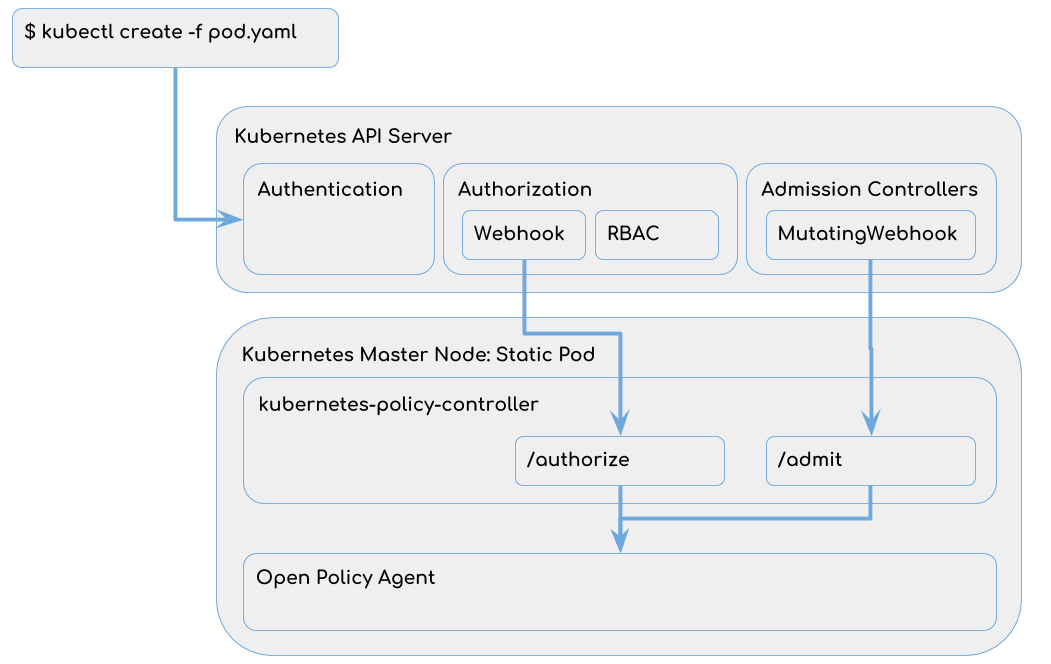 For every request the Kubernetes API Server receives, the following sequence is executed:

So depending on what exactly we want to deny, we now can implement authorization or admission OPA policies. Further information how this scenario is configured can be found here Azure/kubernetes-policy-controller Authorization scenario.

This section shows how this setup is used to implement the use cases described above:

Create/update/delete pods in every namespace except kube-system

Now every user in the group user is allowed to create/update/delete pods cluster-wide. To restrict these rights via OPA the following policy is deployed:

In summary, OPA allows far more flexible policies compared to the built-in RBAC authorization, especially if no additional operator is used. In my opinion it would be nice to have direct integration for OPA as Authorization Module and Admission Controller, but in the meantime Kubernetes Policy Controller bridges the gap between Kubernetes and OPA. Some inspirations what can be implemented:

What do you think about Open Policy Agent as policy engine for Kubernetes? What are your use-cases and are they already covered by RBAC? If not, what would you like to implement via the Open Policy Agent?

If there are any further questions, contact me via @sbueringer

Thanks to Mario Constanti and Christian Schlotter for their help during the implementation and reviewing this Blogpost :). Thanks to all contributors of Open Policy Agent and Kubernetes Policy Controller especially to Nikhil Bhatia and Torin Sandall for their support for our implementation of the authorization module integration of Open Policy Agent.

You May Also Enjoy

We were on KubeCon Europe a few weeks ago.